Request a quote for your application


Chiller fouling is a common problem that directly impacts energy efficiency and sustainability.

Shell and tube condensers and heat exchangers are core to a wide range of processes including power generation, oil refining, industrial processing, and HVAC comfort cooling. Unfortunately, this means that “fouling” of these heat exchangers (the accumulation of efficiency-killing deposits) is also pervasive—at extremely high economic and social costs.

The expenses associated with fouled heat exchangers and condensers are significant, and include increased power consumption, increased fossil fuel consumption, reduced production, and frequent condenser cleaning costs. Heat exchanger fouling costs have been estimated at 0.25% of the gross domestic product (GDP) of highly industrialized countries in several studies, which, based on estimated U.S. GDP of $15 trillion, translates to fouling-related costs of $37 billion a year. ¹

In HVAC applications, fouling of the chiller condenser tubes has substantial impact on the power consumption of the compressor. Even with good water treatment programs, it’s not uncommon to find chillers that appear to be in good working order operating at a fouling factor of 0.0025 hr-ft2-F/Btu or higher — causing compressor power consumption to increase by 25% or more.²

The entire injection and collection process is fully automated and controlled by means of a single programmable logic controller.

The controller also provides monitoring and alarm functions to ensure the system is continuously operating optimally.

The collector serves as a holding vessel between ball injections as well as a method for replacing balls in the system. 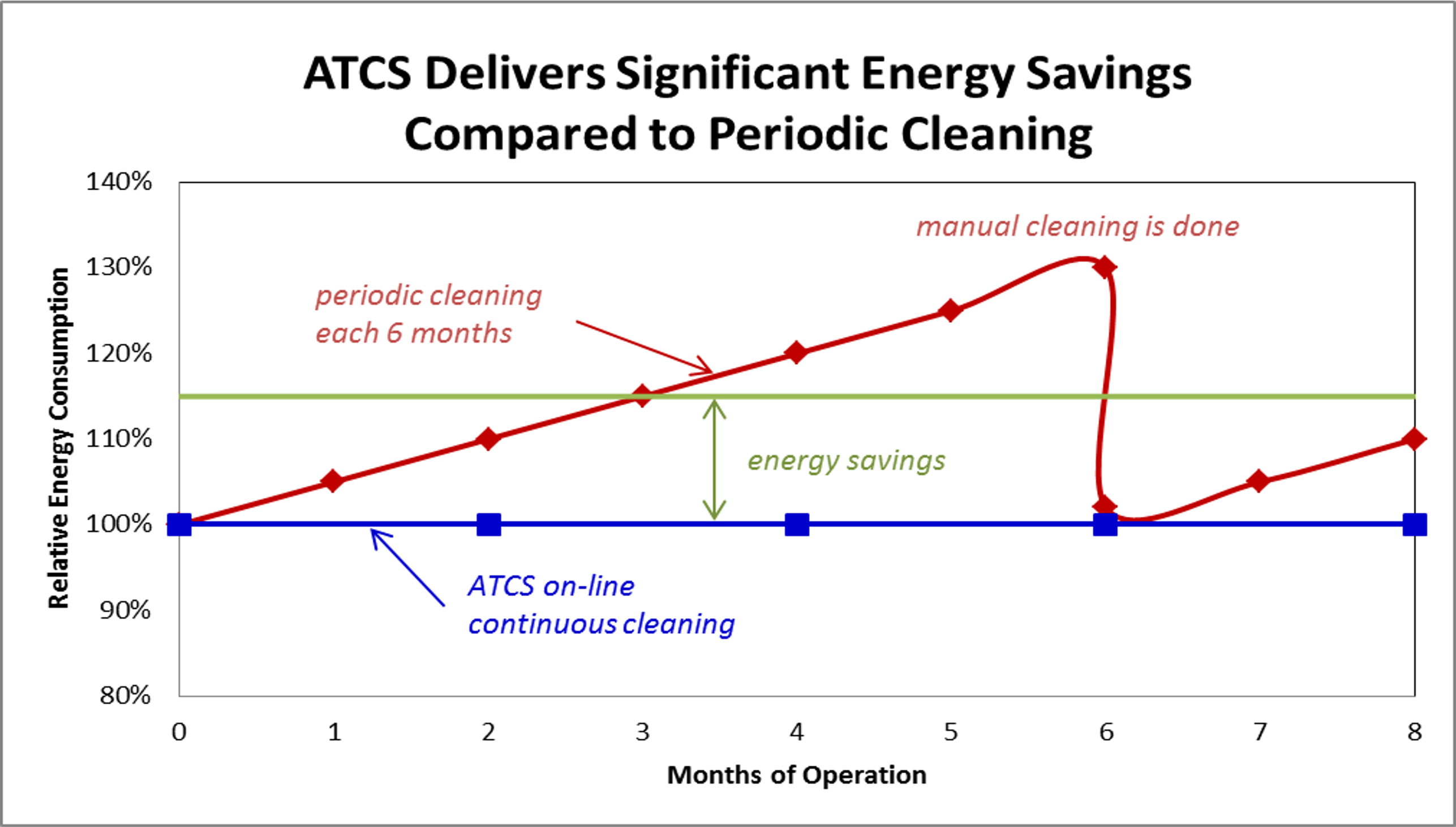 Sponge-ball type automatic tube cleaning systems were originally conceived by German engineers in the 1950s for application in the power generation industry. Because they are effective at maintaining the heat transfer efficiency of large-scale condensers, and applicable to once-through cooling systems that may have limited or no chemical treatment, they have been widely adopted in power generation stations around the world.

The operation of sponge-ball type automatic tube cleaning systems is based on the passage of elastomeric balls through the heat exchanger tubes. The balls are slightly larger than the tube diameter, and prevent the deposition of scale, biofilm, silt, or other foulants. The sponge balls are periodically injected into the cooling water inlet line and are circulated through the condenser tubes by the cooling water flow. The balls are designed and injected in a method that enables a uniform distribution of balls across the tube sheet. Since the diameter of a ball is slightly larger than the inner diameter of the tube, accumulation of deposits in

the condenser tube is prevented by shear forces between the ball and tube wall and the wiping action of the cleaning balls. The balls are constructed of material that is much softer than the tubes, preventing tube erosion.

The balls are collected at the outlet of the condenser in a ball trap, which includes a strainer or screen that allows water flow to continue but prevents balls from escaping downstream. Early designs of ball traps utilized mechanically actuated clamshell-like screens, and these systems are still in use today. However, these designs are sometimes prone to mechanical failure leading to ball loss and decreased condenser efficiency. Newer ball trap designs utilize perforated screens of unique geometry that require no moving parts and can guarantee that no balls escape to downstream processes.

After the balls are accumulated in the ball trap, the balls are returned to a ball collector via operation of a recirculation pump, which supplies the necessary pressure differential for conveying the balls. Again, early designs required the balls to pass through the recirculation pump, where they could be damaged by the pump impeller, but more recent ATCS designs prevent the balls from contacting the pump impeller, which helps extend the life and effectiveness of the balls. The collector serves as a holding vessel between ball injections as well as a method for replacing balls in the system.

The entire injection and collection process is fully automated and controlled by means of a single programmable logic controller. The controller also provides monitoring and alarm functions to ensure the system is continuously operating optimally.

In August of 2012, a sponge-ball type tube cleaning system was installed in one of two identical 300-ton chillers at The Plaza Hotel and Casino in Las Vegas, Nevada.

The tube cleaning equipment was installed on Chiller 1 while Chiller 2 served as the control. The two chillers shared a common cooling tower, eliminating potential differences of environmental variation on the chillers.

Data collection from the Plaza was continued beyond the conclusion of the UNLV study, and analyzed according to ASHRAE Guideline 14-2002, Measurement of Energy and Demand Savings.  Figure 4 below shows the continued positive efficiency impacts of the tube cleaning system.

However, these same design enhancements also contribute to more rapid fouling, as the lower water-side flow rates and internal ridges in the tubes provide the perfect niches for deposition.  In fact, condensers with enhanced tubes are more susceptible to fouling and corrosion than smooth tubes. 6

As demonstrated in Figure 5, application of sponge-ball cleaning systems can substantially reduce fouling factors and improve heat transfer efficiency and is especially effective in condensers with enhanced tubes.  Note the fouling factor reduction resulting from a single sponge-ball passage at 18 hrs.

In 2010, a sponge-ball type tube cleaning system was installed in one of two identical 200-ton chillers at Winneshiek Medical Center in Decorah, IA.

Both chillers were cleaned at the time of tube cleaning system installation, and a short-term single point evaluation was performed after six weeks of operation to verify energy consumption in the chillers.  For the test, both chillers were operated at 100% capacity until the temperatures, pressures, and power consumption stabilized.

Case studies from across the US demonstrate realized energy efficiency gains up to 15% or more in HVAC applications. Coupled with increasing energy costs and intensifying focus on energy conservation, sponge-ball type ATCS technology represents a good opportunity for facility managers to save energy, reduce maintenance costs, and lengthen chiller life expectancy.

“The benefits include energy cost savings, reduced greenhouse gas emissions, and elimination of workload associated with tube fouling in the Central Heating and Cooling Plant chillers.” 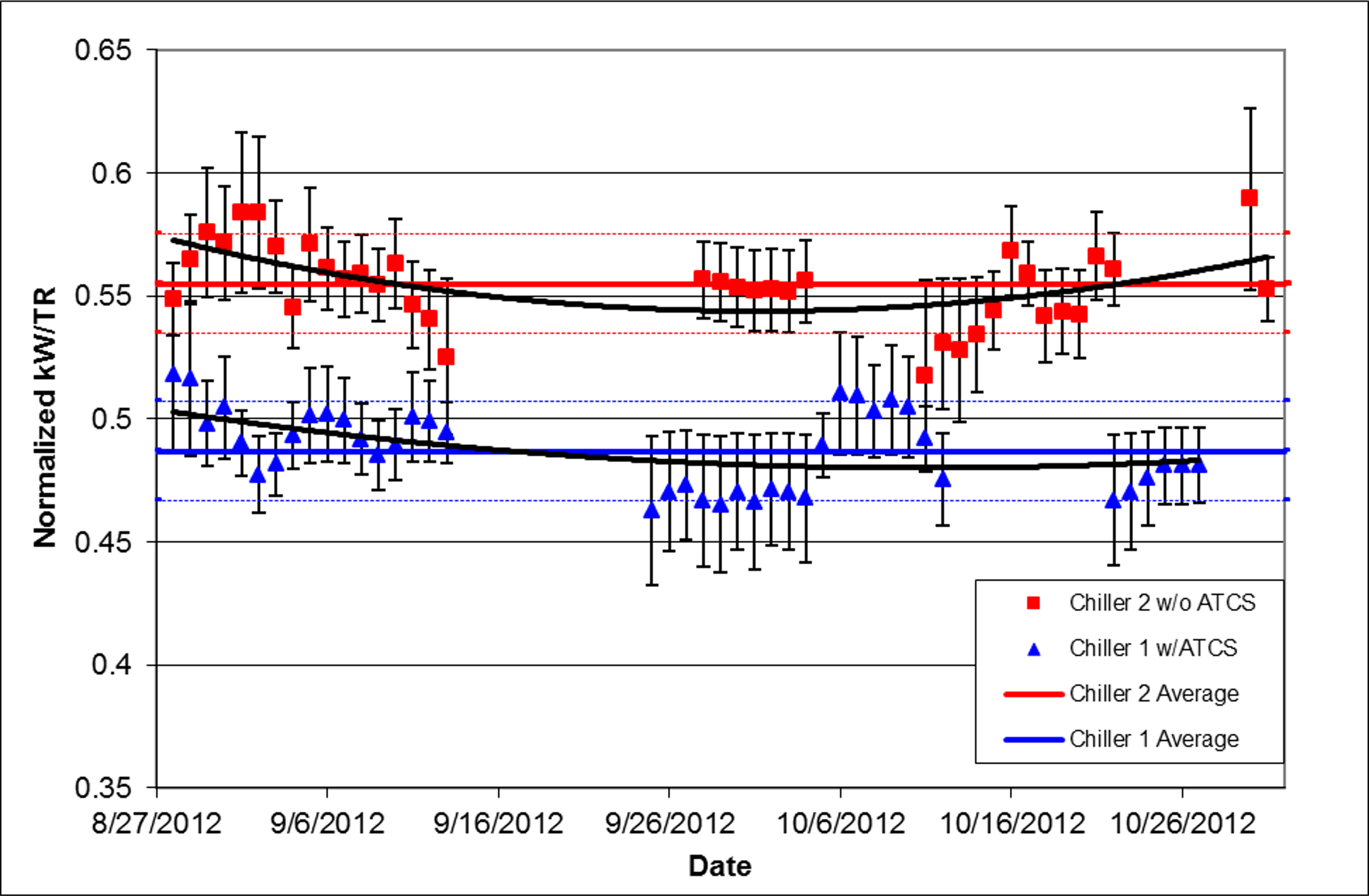 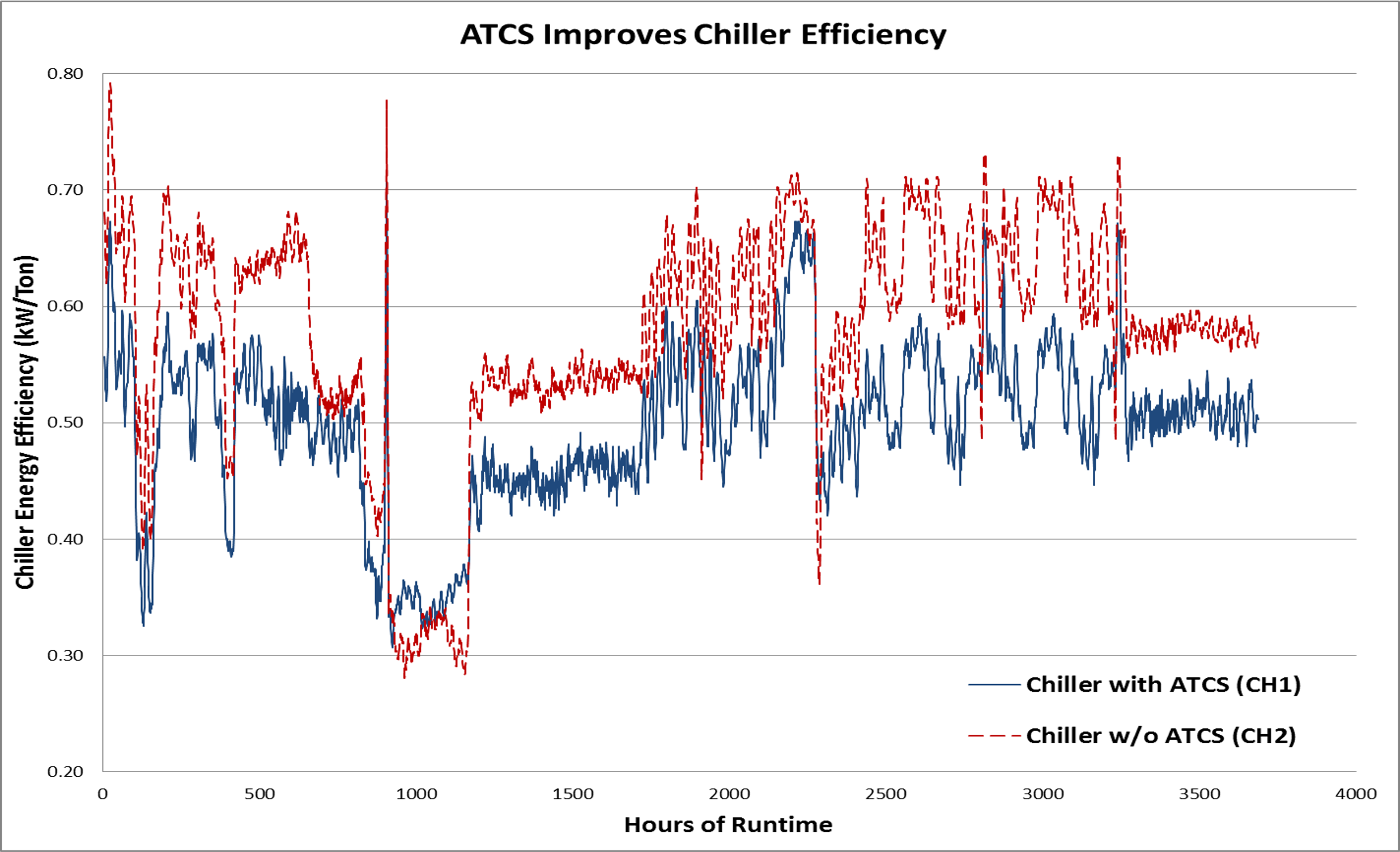 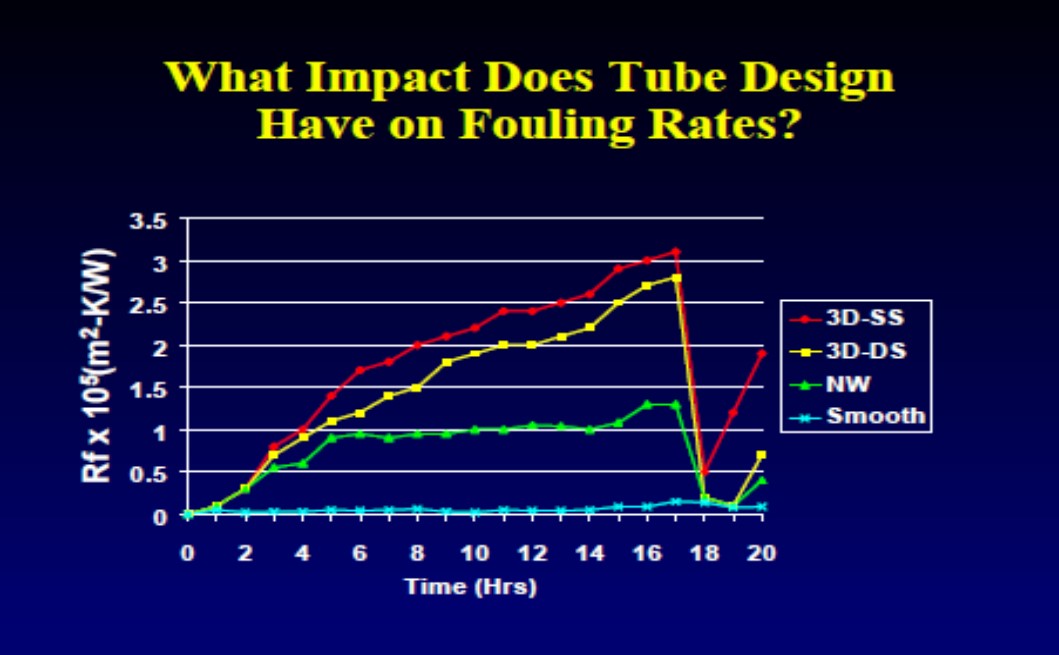 Take the Next Step

Join our mailing list to learn why universities across North America use Helios in their chiller operations.

You have Successfully Subscribed!